Disclaimer: This is not a movie review. This is about the impact a movie had on me.

The reviews had promised me a good movie with ’96. So I pretty much started watching it with that expectation. What I was completely unprepared for was the soulfulness and depth in the movie. The movie is so simple and realistic that it could have happened to me. Trisha and Vijay Sethupathi have done a fantastic job. Vijay Sethupathi more so. The question of what could have been coupled with the heavy musical notes evoke emotions unforeseen. The pain, the nostalgia, the simplicity – all of them make the movie incredibly credible. Good movies always impact me more than necessary, but no movie made me believe that it could have happened/could happen to me like this one did.

Govind Vasantha has let the music speak for itself. The tones keep ringing in my ears even after the movie is over. I watched this movie on a Friday and I found myself going back to it multiple times over the weekend. In search of what? I don’t know. Do I want the love to be requited in some way? Do I want to see them have some form of closure? Do I want to revel in that longing? I don’t know. This movie might have impacted me because I had a childhood sweetheart. But I married him. So I know only about what it’s meant to be. But this movie showed me that there can be it’s-not-meant-to-bes in life and that it could have easily happened to me if not for destiny.

The if-only’s were too painful for me. So many chances, yet all of them slipped through the fingers. For what end? I am not sure whether Ram and Jaanu got closure as they tearfully move on from their evening. But I sure didn’t. That’s the reason I find myself going back to the movie, searching for something that does not exist in that story – Closure.

From shitty mornings to awesome days

When I wake up in the morning, struggling with sleeplessness, my day ahead seems to be filled with discomfort, frustrating chillness, food that taste like feet, fatigue, endlessly long boredom, a 100 things to do but the helplessness of not being able to do them, pain in every bone, muscle, tissue and cell. Though I know all this is part of the journey and it is all worth it, to experience it every day kind of puts a damper on my motivation and attempts to reassure myself take longer with each day.

You wake up and my day suddenly fills up with warm, toasty fingers intertwined, your smile lighting up the entire place, your massages beating the shit out of my pain and discomfort, naughty anecdotes that make us laugh, things that make us reminisce about our childhood days together, snuggling a little more into the comforter to touch the heat of your toes and go mmmm.. That’s when I know I just have to pull through until you wake up.

And right at that moment, when you open your sleepy eyes and smile at me, I revel in the egoistic happiness that I am right. If not about any other thing, I am right about you in my life.

Something inspired by hubby.

Forgive the stereotyping in the poem – I hate stereotyping, but had to do it to write it in the way I wanted it to sound 🙂

I had written a post earlier about how we tend to forget what a marriage is beyond that wedding day or maybe once the honeymoon period is over. What pushed me to write that post was the number of people I met, who were once love-struck and couldn’t stay away from each other even for a minute yet turned into zombies living the routine once the wedding was over.

When I was writing that post, my thoughts ran to the marriages that we see in the elder generation, maybe consider a couple of generations back – Your grandparents. What about them? They never had a choice, for the most part. Their parents decided the groom/bride, the date, the location of the wedding and then how to live after the wedding too. All they were told was to do their job – which was to show up as told and live as told. Once the marriage was over, the man was to take care of his wife, procreate and continue to provide for the wife and kids for the rest of his life. While on the other hand, the woman went about the house, turning it into a home, satisfying the needs of the husband, and then the kids as they came along. Such was their life.

On the outside, it does look like a programmed life without any bugs – Even if there was ever one, the bug was quickly pushed aside with such deftness that there was never a second thought about how to live life. However, when I look closer, I see a different version than the one that we imagine their lives to be. Somewhere in between getting acquainted with a stranger and settling down in life with him/her, there blooms a sweet romance. They wouldn’t call that romance and would rather call that understanding and fulfilling one’s duties. However, I would insist on calling that romance to do justice to what they manage to build in the span of their years together.

For the sake of painting a better picture, I am giving an example here – Adit’s maternal grandparents. They had a beautiful marriage of 60+ years (I am not sure of the exact number) until recently when grandpa passed away. I have witnessed their relationship up close, even if it was only for a few months. I still cannot comprehend the enormity of what they shared. In all those years of getting to know each other and forming a routine, they had added a little more care and respect all along the way. The understanding that comes with knowing how he likes the food and the respect that come with what she needs to run the household without being told explicitly. They followed an impeccable discipline which they passed onto their 4 kids. Towards the last few years of his life, Grandpa’s memory started failing him and he had turned into a child who would ask the same question over and over. And grandma would answer the question every single time, with the same smile on her face and in the same soft tone as she always does. When he forgot things like his food and medicine timings, she cared for him as she would for an infant. When he threw silly tantrums about the clock not working or the TV behaving weirdly, she patiently told him that she will get them repaired and she did. Every single time. When you see such people, it just reinstates the faith in marriage even for a person who doesn’t quite believe in the institution of marriage. They have been through it all, seen it all, and lived it all. Together. When a man is 60 years old and in a marriage, we do the Sashtiapthapoorthi*  to celebrate their time together. But would any amount of celebration do justice for a marriage that has lived for 60 years? I have often wondered why the celebration is centered around the man’s age rather than the age of the marriage he is in. Their marriage spoke volumes of trust and faith you could have in your spouse. The mutual respect shines through all those years, unblemished. Witnessing this kind of a relationship which shines with love that was never acknowledged by anyone left me in wonder. When they, who had no choice about their life partner, built such a beautiful marriage, why are we struggling to hold up a relationship, when we have all the choices in the world? Why is it that couples of this generation stand in line at family courts, when they were the ones who chose their spouses? Marriages live beyond the lives of the people involved and tell their tales. Even after grandpa passed away, grandma lives in that same house with his memory for company, refusing her children’s requests to come live with them. The forlorn beauty that meets me every time I visit grandma and see the garlanded picture of grandpa is something that inspired me to write this post. And the same melody I hear from their silent love is what inspires me to love more and live more.

*Sashtiapthapoorthi is a matrimonial celebration when the man reaches 60 years old. The base for this tradition is to revive the memories and taste of the good old days for the old couple when they started their marriage because with time, they get used to living for their kids than for themselves.

Image Credits: All the images used were picked up from Google search 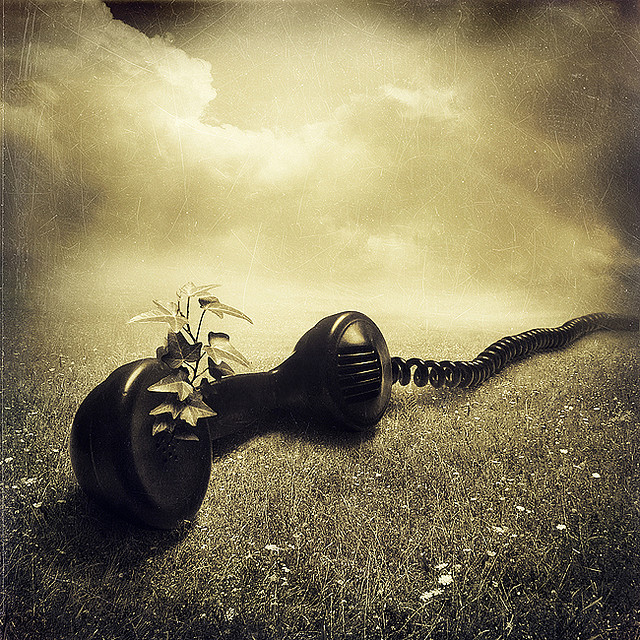 The trail you left lingered in the air
As beautiful as the star dust
And the decor of the magical night sky
With the blinking stars and shooting comets
It all reminds me of that sweet memory
When nothing else mattered than
Your voice, your honey coated voice
Kindling a wave of serendipitous nostalgia
Eons of time passed, without a pause
Yet, here I am and there you are
Separated by time and space
Like a lovelorn moon and the high tide
Trying to reach its lover but failing in vain
Still, I will wait for the day I hear your voice again
Even when I know that might never happen
For I can never give up on waiting for you
For now, your memory will suffice
For my heart to rest and for me to dream on…
And on…

Linking this to Magpie Tales : Mag 274

P.S: This form of poetry is new to me, where just the lyrics talk volumes without any focus on the rhyme. Inspired by Sreesha Divakaran who blogs at Petrichor and Clouds and writes amazing poetry.