Originally written for DOV. Once I finished writing it, I felt very satisfied and full. So, wanted to record it here too 🙂

They were sitting on the stone bench on the park. “Love you” he said. “Me too” She said. They were lost in bliss. Time did not matter to them. Neither did the world around them. Lost in each other’s hugs, their smiles reached their eyes. Unlike those smiles that come when under the illusion that they are in love. Can you ever fall so much in love that you feel that your soul is no longer yours. Not your heart. Your soul. A single soul will no longer exist, rather an entwined strand that will glow in the darkest of time and also in the brightest of time too. Very few lucky people manage to find such a love.

Many have said, “Love is divine” and even more people have said, “Love is dark” and some have said, “Love is mystic”. But very few realize that love is just love. No adjective can do justice to it. The ones who realize this will never attach any undue description to it. No classification. No conditions. No expectations. If any of these are there, then it is not love. It is only a mirage that the mind chooses to see. Half of the people die believing this mirage to be true and the other half dies when they are hit by the realization that what they believed to be true and lasting was indeed a mirage. An illusion. Only a few exceptions escape the mist and see clearly. 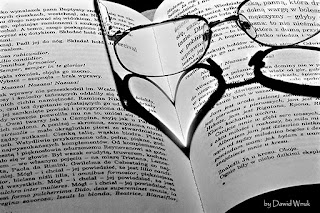 Grey strands of hair and wrinkles decked their love. The couple seemed lost to the others in the park. A young man saw them and thought of approaching them to ask if they needed help. He had come to the park to calm himself down after a fight with his girl. Damn! He had resolved not to think of her again, at least for a while. He was so pissed off at the thought of her. So demanding and expecting she is, he thought to himself. Pushing the thoughts about her to a corner, her started towards the elderly couple to ask them if they wanted any help. As he neared them he saw that after all, they weren’t the ones who were lost and they weren’t the ones who needed help. The glow in their eyes seemed to be of a different kind, a different world.

He left without disturbing them.Without a word or even a look, the couple had managed to impart wisdom in him. From that day on, he kept returning to that park just to see them. To see that love emanating from them. The woman ran her hands through her mate’s hair softly smiling at him, as he lay on her lap looking deep into her eyes.

One day, they didn’t turn up. Nor did they, the day after. He went around, inquiring about them. Nobody knew who they were or where they lived.  Finally, a beggar who used to live in the corner of that park, guided him to a building on the opposite side of the road. It was an old age home. The place was so quiet. People moved about in slow motion, as if in a different world. He saw a lady helping an old man to his bed. He hesitantly approached her and inquired about the couple. She could not understand to whom he was referring to, because he had no names. And then after he described their looks and visits to the park, a knowing look came into her eyes. She asked him who he was and  how he knew them. By instinct, he answered honestly telling her all about how he ran into them and how he doubted if they knew him. He also pleaded her to allow him to visit them expressing his concern for them because in the past 6 months he had known them, they had never missed a day in the park.She asked him to follow her. He did, dutifully. She went across the road and inside the park. She silently pointed out to a piece of ground below the lone Gulmohar tree near the stone bench. “The place was their choice” she quietly told him. He went near the headstone that marked their place, apart from the red blossoms that the tree had bestowed upon them. As he slowly read the engraving that read “Born apart by destiny and lived together by choice. Love brought us together and we chose to let it do so. For Love is just love. Always.” tears made way to his eyes and down his cheeks. They were one of a kind and they had chosen this engraving for their headstone long back, she said. He nodded and left without a word. A part of him seemed lost and he knew where it went. Also he knew that the spot was a record for posterity. After all, love is just love!